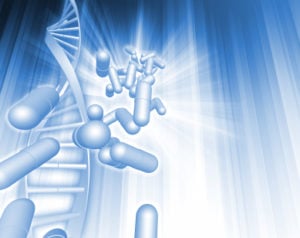 In January 2017, the Food and Drug Administration (FDA) released the Final Rule for Biosimilar Naming. In this final rule, the FDA spelled out the naming conventions for biologics and biosimilars in the United States--the addition of a distinguishing suffix composed of four lowercase letters at the end of the core name of the nonproprietary name designated for each originator and related biologic and biosimilar product. You can read more about the content of the rule and our analysis of its impact on health information technology HIT vendors in my previous blogs by clicking here and here.

Other countries are looking to FDA’s decision and trying to determine their own naming convention for biologics and biosimilars. This in turn will help to establish and/or improve on the pharmacovigilance framework for these types of medications in their own countries. Canada is one of those countries in the middle of this decision-making process. Health Canada, the federal department responsible for these decisions in Canada, is currently weighing three naming convention options, including following the structure outlined by the FDA.

Current state of ePrescribing in Canada. Electronic prescribing (ePrescribing) in the US typically involves a physician writing an electronic prescription in his/her electronic health record (EHR) and transmitting it directly to a pharmacy. This model is in early stages of roll-out and adoption in Canada, where much of the prescribing process is still paper based. The majority of prescriptions (90%) are faxed to a pharmacy or Provincial Drug Information System (DIS) or printed and handed to the patient to take to pharmacy. Health care providers conduct little ePrescribing through electronic health records (called electronic medical records in Canada) in their offices. ePrescribing is also uncommon in hospital settings in Canada. In most cases, medication orders are manually written into the patient chart, and then entered into the inpatient pharmacy dispensing system by pharmacy technicians.

Because Canada is in the early stage of end-to-end electronic prescribing, they are in a unique position to build in requirements for the biologic and biosimilar pharmacovigilance framework early in the adoption process. The time is right because these drug products increasingly are coming onto the market. They soon will be the first-line therapeutic option for many chronic diseases, which increasingly are on the rise in the United States, Canada and the rest of the world. Compared to the drugs normally used today, biologics and biosimilars have unique properties in terms of their manufacturing, legal requirements related to their use, and issues around patient safety.

Options for biosimilar naming. A naming convention for biologics and biosimilars is central to various facets of ePrescribing related to patient safety, such as track and trace and adverse event reporting. Three options have been proposed by the Canadian government. One should be selected soon because any changes made to biologic and biosimilar names can be incorporated into EHRs, hospital ordering systems and pharmacy systems as they are being upgraded to handle ePrescribing. The three proposed options are:

At first glance, this approach may appear to be the easiest to implement because a unique DIN number seems to lend itself to accurate identification of a medication. However, there are several limitations to staying with the status quo from a patient safety and pharmacovigilance standpoint. First, when reporting adverse events, physicians are likely to use brand or generic name, not the unique DIN number for the medication. Although some EHRs allow the prescriber to search for a drug using the DIN, this number is likely not known, or even shown to physicians, during the prescribing process. The other issue is that information on dispensed medications is currently stored in the pharmacy system and does not flow back to a physician’s EHR. Pharmacists will dispense what is on provincial formulary and/or their inventory unless the provider has specified Dispense as Written (DAW). In some provinces, pharmacists are allowed to change prescriptions--including brand, form, and strength--at the pharmacy counter. Without accurate information on what was dispensed to the patient, the physician may be reporting an adverse event on a drug that was never dispensed to the patient.

Similar to the U.S., the burden of the change would impact the drug database vendors and their clients, namely pharmacy vendors (both retail and hospital-based) and hospital-based EMRs who have made manual changes to their database to handle linkages for substitution and interchangeability. Impact to compendia vendors and their customers could be reduced if the new naming approach applied to new entrants in the marketplace only.

Canada can learn from experiences in the United States in addressing those issues as it builds out the country’s ePrescribing infrastructure for physician offices, hospitals and pharmacies. Because it’s early in the process, vendors will have time to accommodate any new requirements. Addressing naming conventions is a place to start.

Want to know more? Please feel free to contact me at pooja.babbrah@pocp.com.