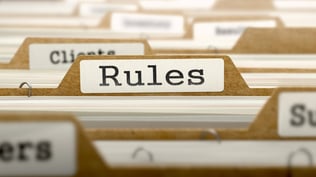 The Center for Medicare and Medicaid Services (CMS) recently announced a proposed rule that would require use of a standards-based way to automate the prior authorization (PA) process for drugs prescribed under Medicare Part D. Comments are due August 16.

We applaud CMS in taking another step forward to stimulate adoption of ePA for drugs covered under the patient’s pharmacy benefit. Private payers tend to follow Medicare’s lead. However, there still are concrete gaps and issues that need to be addressed. Let’s take a deeper dive.

The proposed rule essentially has three parts. It would:

2) Require that the standard be used for the following ePA transactions:

3) Require that prescribers and pharmacies must use the SCRIPT standard when handling transactions for prescriptions covered under Part D.

It is important to note that these four transactions are already part of NCPDP SCRIPT 20170701 and the core functionality has been available and in use for years. In addition, this version of SCRIPT will become the official ePrescribing standard for Part D beginning on January 1, 2020 but the rule fell short of requiring it.

ePA transactions in NCPDP SCRIPT 20170701 could not previously be mandated for use in Part D or elsewhere because of conflicts with current CMS requirements for implementing the Health Insurance Portability and Accountability Act (HIPAA). Provisions under the SUPPPORT Act resolved the conflicts by giving CMS authority to approve the NCPDP SCRIPT transaction for adoption for Part D. Many the EHR vendors and payers today are able to support NCPDP SCRIPT standards for ePA, but to date there have been no official instructions to the industry on how that could work.

There are several gaps in the proposal.

There are several opportunities and challenges in implementing the proposed rule including:

A statement from CMS’ Health Informatics Office offered additional insights on the impacts of the 278’s required use. It noted that, “CMS’ HIPPA regulations for prior authorization require that every prior-authorization transaction between covered entities must use the ASX X12 278 standard. The Medicare Fee-For-Service (FFS) program expended considerable resources to comply with this regulation. It made modifications to its Electronic Submission of Medical Documentation (esMD) system to be able to accept 278s from providers. In the four years since the esMD system has been capable of receiving a 278 transaction, not a single one has been submitted by a provider.”

Given the momentum and market adoption of ePA SCRIPT transactions, is legislative relief needed and available for pharmacy benefit covered items from HIPAA requirements?

Point-of-Care Partners (POCP) offers the following recommendations to CMS. The agency should:

Need more information? Need help with your comment letter?  POCP is here to help. Drop us a line (jocelyn.keegan@pocp.com and ken.kleinberg@pocp.com). Also don’t overlook the wealth of information in POCP’s new ePA report. This extensive report — with 40+ diagrams and tables, and 90+ references — offers healthcare stakeholders an independent analysis of the market, realistic maturity models, and a profile of what vendors and service companies are currently doing around ePA so they can arm themselves with the information needed to plan strategically and meet their goals. Set up a one-on-one meeting to discuss how this report may help your organization by calling us at 877-312-7627, option 4 or dropping us an email at info@pocp.com.