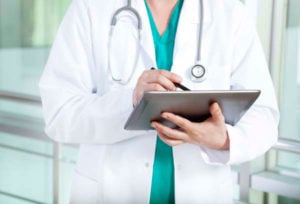 Medicare Part D will officially adopt NCPDP SCRIPT version 201701 for electronic prescribing (ePrescribing) on January 1, 2020 and will simultaneously retire SCRIPT version 10.6. The move is part of the periodic ePrescribing standards update process, which has been in place for over a decade. Details are in a final rule from the Centers for Medicare and Medicaid Services (CMS), beginning on page 692.

Here is what you need to know about the new Part D standard update.

Although there are relatively few medications requiring REMS, CMS mentioned that they included REMS-related transactions to promote patient safety and enable REMS requirements to be completed within existing healthcare workflows. This will be critical as the REMS program expands to includes more medications.

Accelerated though the timeline may seem, the major players in the ePrescribing industry still have the opportunity to plan ahead and move methodically to SCRIPT version 201701 in anticipation of the mandate. This will enable quality assurance testing to happen well in advance, which will make the cutover happen more smoothly. Harmonization of the new ePrescribing standard with the EHR certification program apparently is in the offing, so EHR vendors should pay close attention in order to meet both deadlines.

To be sure, if a stakeholder has implemented SCRIPT already, they will need to move to this version of the standard. In addition to the support of new transactions, migrating to the new SCRIPT standard has many benefits. SCRIPT version 201701 offers clarifications and improvements to existing transactions from previous versions of the standard, which will greatly improve the quality (and patient safety) of ePrescribing. For example, the new standard streamlines the supported quantity units of measure, from hundreds of codes down to a hand full. This one change alone will eliminate thousands of pharmacy-to-prescriber clarification phone calls, and improve patient safety by ensuring that ePrescription orders are concise and unambiguous.

Full implementation of SCRIPT 201701 will depend on a business case for many of the transactions.  That applies to the new transactions as well as the several that existed in version 10.6, which haven’t been adopted by many stakeholders. One transaction for which a use case exists is the pharmacy alerting the prescriber that they have substituted a biosimilar, a requirement in 41 states and Puerto Rico. We understand that several of the large pharmacy chains will be implementing change, cancel and transfer, so a business case exists for those transactions. However, others, such as RxFill, will require a revenue model or incentive.

We applaud CMS for moving ahead in improving interoperability and the computerization of healthcare.  NCPDP SCRIPT version 10.6 was adopted by Part D in 2012, but not officially implemented until March 1, 2015. The world has changed a lot since then.