Let’s Make 2020 the Year for a National Patient Identifier 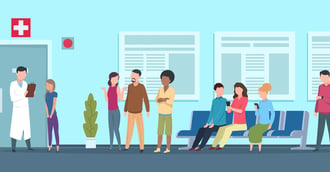 Imagine having thirty John Smiths in your contact list, each with Gmail addresses that are slightly different. There is john.c.smith@gmail, jsmith@gmail, jjsmith@gmail, and the list goes on. However, you don’t have the context to choose the right one. It would be annoying, for sure, if you’re emailing pictures of your family vacation to the wrong John Smith, but it wouldn’t be catastrophic. What if you’re sending critical clinical information? That could be potentially life threatening.

It has been a consistent challenge to share patient data among providers because there isn’t one trusted identifier to ensure the information being shared is that of the correct patient. The sharing of patient data, enabled by electronic health record (EHR) interoperability, has been the focus of healthcare information technology (HIT) for many years now. Millions have been invested, through programs like Meaningful Use and its successor, to put an infrastructure in place for data sharing.

The lack of an NPI has resulted in numerous patient safety issues, delays in care, record-keeping nightmares, and problems with care coordination. Not having an NPI is certainly a contributing factor to the relatively low level of adoption of data sharing. (Click here to read our deeper dive on the need for an NPI).

To bridge the gap, payers and providers have by necessity created proprietary algorithms and other ways to try and match patients to their records within and across insurance plans and health systems. These methods are quite sophisticated but remain imprecise. All this has led to millions of dollars sunk in development and implementation, and a slew of competing proprietary patient identifiers. And, sharing of interoperable patient records remains problematic for many providers.

The root of the issue is 1998 legislation, which banned the federal government from spending money on developing an NPI. Years of battling back and forth on the NPI’s merits and pitfalls by various stakeholder groups finally might be coming to an end. On July 31, a bi-partisan bill to end the ban was approved in the House of Representatives, which was offered as the Foster-Kelly amendment to the “minibus” appropriations package contained in HR 7617.

The legislation probably didn’t come as much of a surprise. In early July, six major healthcare organizations joined together to create Patient ID Now, aimed at bringing the need for the NPI to Congress’ attention and pushing for legislation and regulations. And the founders are heavy hitters: the American College of Surgeons, the American Health Information Management Association (AHIMA), the College of Healthcare Information Management Executives (CHIME), Healthcare Information and Management Systems Society (HIMSS), Intermountain Healthcare, and Premier Healthcare Alliance. This followed years of efforts by such groups to make the NPI a reality.

You would think that such muscle behind the NPI and its obvious benefits — not to mention the need for an NPI exemplified by the COVID-19 crisis — would make companion legislation in the Senate a slam dunk. But not so fast. The House voted last year to scuttle the ban on NPI creation at the federal level; however, it didn’t pass the Senate despite the urging of 56 high-level stakeholder groups. Sen. Rand Paul is firmly opposed to ending the ban, raising concerns about privacy and possible unnecessary intrusion by the government into the healthcare system. (It is worth noting that his father, Rep. Ron Paul, helped create the ban in the first place.) The American Civil Liberties Union (ACLU) was opposed to the Foster-Kelly bill, citing long-standing privacy concerns. The ACLU is unlikely to change its stance when companion legislation comes around in the Senate. It is not alone in its opposition.

Now the Senate is poised to take up the issue in the coming weeks. We urge them to lift the ban. Technology has evolved to help protect privacy and reduce fraud. The adoption of an NPI will improve interoperability, ultimately save money and save lives. The NPI is a good idea whose time has come. Let’s get it done in 2020.

I’d love to hear what you think about the NPI issue. Reach out to me at michael.burger@pocp.com.