What’s Up with the CMS Electronic Prior Authorization Regulation? 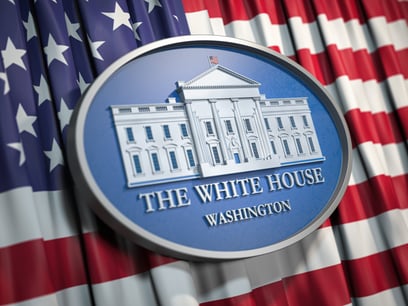 We have read with interest some recent articles in the trade press that speculate about the status of the January 15 final rule from the Centers for Medicare and Medicaid Services (CMS) concerning electronic prior authorization (ePA). It is aimed at reducing burden, streamlining the prior authorization process, helping patients get needed care and access to their data, and facilitating data sharing among payers.

For example, one recent article prognosticates that the final regulation may have been withdrawn because links to it on various federal websites have been taken down. This and other stories about the regulation’s perceived uncertain status have raised red flags among many in the industry.

To paraphrase Mark Twain, we believe the rumors of the regulation’s demise are greatly exaggerated. If past is prologue, the regulation is caught in the bureaucratic cogs of the change of administration. Ultimately, we think it will be issued and that stakeholders should stop worrying.

Background. The regulation had several provisions of interest; they are briefly discussed here because the links have been taken down. Aside from radio silence on federal websites, there are other reasons why stakeholders may wonder about the status of the regulation.

The Biden administration has frozen regulations that are in process or were just issued when the administration changed, pending a review by the new administration. Now that the ePA regulation has disappeared, is it just under review or is it on its way to the chopping block?

Provisions of the ePA regulation received major push back, which some thought might lead the new administration to kill it. For example:

Finally, a new CMS administrator and secretary of the Department of Health and Human Services (HHS) are not yet in place. While nominees have been named, the confirmation process could be lengthy and often a bumpy ride. Stakeholders wonder if this will create delays that potentially will send the regulation into a bureaucratic black hole.

So what do we think? After all that’s transpired, we at Point-of-Care Partners have had a chance to reflect on what’s happened. We have context because, well, this is not our first rodeo when it comes to changes of administration and high-visibility regulations. Here’s what we think.

The regulatory hold by the Biden administration is nothing new; all new administrations do it. This is generally a proforma exercise. Rarely do any regulations get scuttled. Despite some perceptions, information on the proposed rule is still posted, which bodes well for the fate of the final rule.

We think the administration will listen to the industry’s concerns about process and compliance. This could result in delayed implementation timeframes; it’s likely Medicare Advantage may be added. That said, we don’t see it being put on the chopping block.

Vacancies at the top could delay the regulation, but not kill it. We anticipate a swift confirmation of Chiquita Brooks-LaShure for CMS administrator. She is a knowledgeable, seasoned hand and known quantity. Preliminaries are already underway. Filling the top HHS slot could be more problematic and we are watching that play out. However, the business of HHS goes on despite vacancies at all levels. Andy Slavitt—the former acting CMS administrator during the Obama/Biden administration—now is the White House senior adviser for Covid-19 response; presumably, he could be tapped for input. And, to be sure, the Biden administration is barely two months old. If the Biden administration is like the others that have gone before, the regulatory review process has been going on behind the scenes. It won’t be long before things start to break loose.

We also believe the underlying goals of the regulation — reducing burden, improving patient care and facilitation of data exchange — are bipartisan and will be embraced by the Biden administration. APIs are here to stay. Everyone must learn to adapt and build them into their day-to-day processes, both payers and consumers.

All in all, I think we can agree that incremental progress is important and adopting new technologies will make it happen. The use of APIs is accelerating due to requirements of the 21st Century Cares Act and changes in technologies and business needs. We all will benefit by the issuance of the CMS ePA rule, which we believe will happen.

Comments or questions? Please reach out to me at tonys@pocp.com.