Back in Action: HIMSS22 Takes on Health IT’s Biggest Challenges 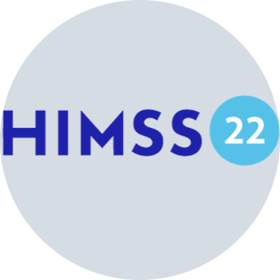 The health IT industry’s dance card was chock-full in March, leaving providers, payers, and vendors alike with aching feet from their treks through the conference halls of ViVE in Miami Beach and HIMSS just days later in Orlando. (Check out my colleague Pooja Babbrah’s recap of her time at ViVE.) After cancelling in 2020 and a scaled-back, COVID-cautious event in the summer of 2021, HIMSS promised to be a refreshing return to the #HIMSSanity so many of us in the industry have come to expect. (When you’ve been to as many HIMSS as I have – 20+, you know to pack comfortable shoes – or at least cushioned insoles . Giving yourself plenty of time in between pre-arranged appointments is also a must, as you’ll want to accommodate the frequent yet unexpected hallway encounters with old industry friends made while traversing what could literally be miles within the convention center’s hallowed halls.)

Designed to be an educational, networking, and sales-centric catalyst for health IT end users and developers, the annual event put on by the Health Information Management Systems Society didn’t disappoint on a number of levels. I could tell that many attendees were simply enjoying being back out on the conference circuit. Balmy temperatures didn’t hurt either. While COVID protocols were in place, masks were not mandatory, making it easier to see everyone’s smiles.

The attendee count, according to HIMSS, wound up being somewhere around 28,000 – substantially lower than pre-COVID HIMSS conferences, but more than we saw at HIMSS in Vegas last year. I can’t say this made me nostalgic for the HIMSS conferences of yester-year, as the smaller headcount made it easier to get to places on time, and made walking up to a vendor’s booth for a meaningful conversation that much easier. Plus, it gave me time to mix and mingle with health IT celebrities like Epic founder and CEO Judy Faulkner; HIMSS President and CEO Hal Wolf; and former National Coordinator Don Rucker, who is now chief strategy officer at FHIR interoperability startup 1UpHealth.

I was looking forward to the show for several reasons, including attending sessions on national exchange topics. When you’re there live and asking questions, speakers are likely to share more than they might in a Zoom meeting. And I always enjoy the opportunity to speak with presenters afterward (and the other question-askers!). I was also looking to learn about and discuss the latest trends in precision medicine, as I’ll be presenting on the topic at the National Council for Prescription Drug Programs Annual Technology & Business Conference in early May.

To that goal, I was able to attend a few genomics-focused education sessions and check out several vendors with related solutions. While it’s still early on, there is progress being made – many presenters mentioned Grail’s Galleri multi-cancer early detection test that claims it can detect over 50 types of cancer with a single blood draw (not yet FDA-approved). 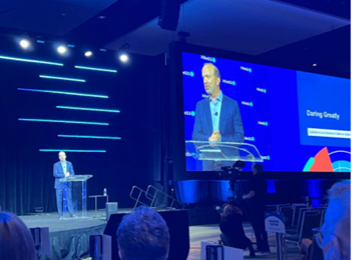 HIMSS is definitely not just about EHR adoption anymore. (Anyone else remember when Meaningful Use was the hottest buzz on the show floor – or ICD-10?) Newer and complex topics including value-based care and population health management are no longer the big, new thing. Even telehealth is now accepted as the norm. What has changed is many vendor’s claims of use of advanced analytics, Artificial Intelligence/Machine Learning and Natural Language Processing - cutting through the hype in these areas can be challenging, although I’m a long-time believer and advocate.

Not surprisingly, staffing and workforce challenges in light of COVID- and regulation/reporting-induced physician burnout are now a major focus, as was TEFCA and interoperability in general. Health equity and social determinants of health also got a lot of deserved airtime, both in educational sessions and vendor offerings.

The society’s global efforts - it’s now active in 86 countries - seem to be picking up, as I’ve seen a gradual increase in the conference’s international focus and lineup of speakers over the last few years. The pandemic has likely forced a broader perspective.

I enjoyed the opening keynote by Ben Sherwood, former co-chair of Disney Media Networks and president of Disney / ABC Television Group. He made the point that great success often requires great vision and taking big risks – a slightly different view from a HIMSS keynoter from Netflix several years ago (and major Disney streaming competitor to catch) who stressed that you have to be willing to try lots of different approaches and recognize that the market landscape is constantly changing before achieving success.

I also enjoyed the Interoperability Showcase breakfast panel on the Trusted Exchange Framework and Common Agreement (TEFCA), which had perspectives from vendors, providers, and government. (The ONC folks reminded us that they are focused on far more than just EHR certification!) Even before the first QHIN (Qualified Health Information Network) goes live (perhaps later this year), there are many questions that will significantly influence the strategies of many stakeholders: Will TEFCA be mandatory some day? Will it ever function as a single on-ramp? How much interoperability will pass through TEFCA? Will HIEs see TEFCA as an opportunity or threat, or deem it irrelevant? 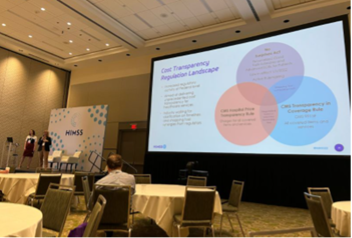 The Point-of-Care Partners joint presentation with Florida Blue on The DaVinci Project, price transparency, and multi-stakeholder collaboration was well-received – not theoretical, grounded!

I came away from the closing keynotes with several takeaways: Military-trained Afterburner founder and chairman James Murphy talked about the value of not only planning, briefing, and execution, but also the importance of the debrief, where everyone, regardless of role and rank, can and should speak freely. Olympian and mental health advocate Michael Phelps reminded attendees during his keynote that there is no substitute for defined/written goals, hard work, great coaches, and trusting a process. He also stressed that we need to admit when we are vulnerable, and be proactive in asking for and accepting help. No one can do it alone. Ask anyone in health IT and they’ll tell you the same.

Overall, I came away from this year’s HIMSS more informed about health IT’s biggest challenges and successes. I’m eager to see what the coming months will bring in terms of adoption and customization. Patients are counting on the healthcare system, and the innovations seen on the HIMSS show floor and concepts discussed in educational sessions are poised to make a big impact on their continuum of care. It will be interesting to see how far we’ve come when HIMSS reconvenes in Chicago next year. Fortunate to be a part of that change!